What is the Banyä Treatment?

A unique ritual inspired by a 1000-year-old tradition

It can’t be said enough – your health and the health of our employees is our number one priority. To ensure you enjoy a safe and relaxing experience, we’re reopening our spa services gradually and in stages. As a result, we’re not offering the Banyä treatment at this time. Learn more about how we plan to gradually reopen and what services are currently available.

A Russian ritual in 4 steps

The Banyä treatment lasts one hour. It is offered in the new Banyä sauna, which balances dry heat and humid steam. Among its many benefits, the Banyä treatment is known to improve blood circulation, deep-clean the skin, eliminate toxins, boost the immune system, and leave you with a profound feeling of relaxation.

Duration: 60 minutes
Schedule: Monday to Friday at 2:00 p.m.
Rate: $65. Must be paired with the Thermal experience.
Participants: Please note that the Banyä treatment requires a minimum of 4 participants; we reserve the right to cancel the event if this minimum is not reached. 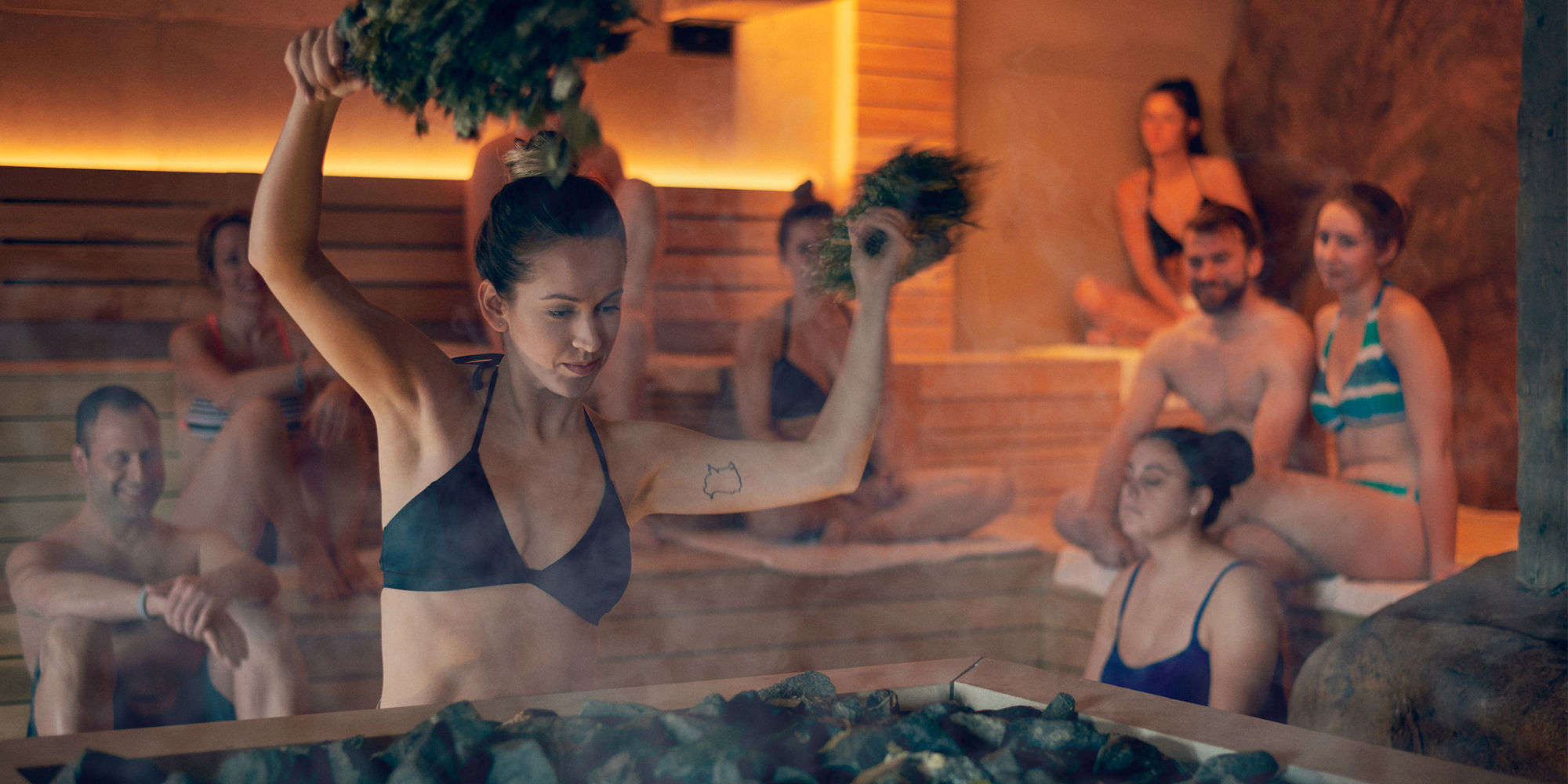 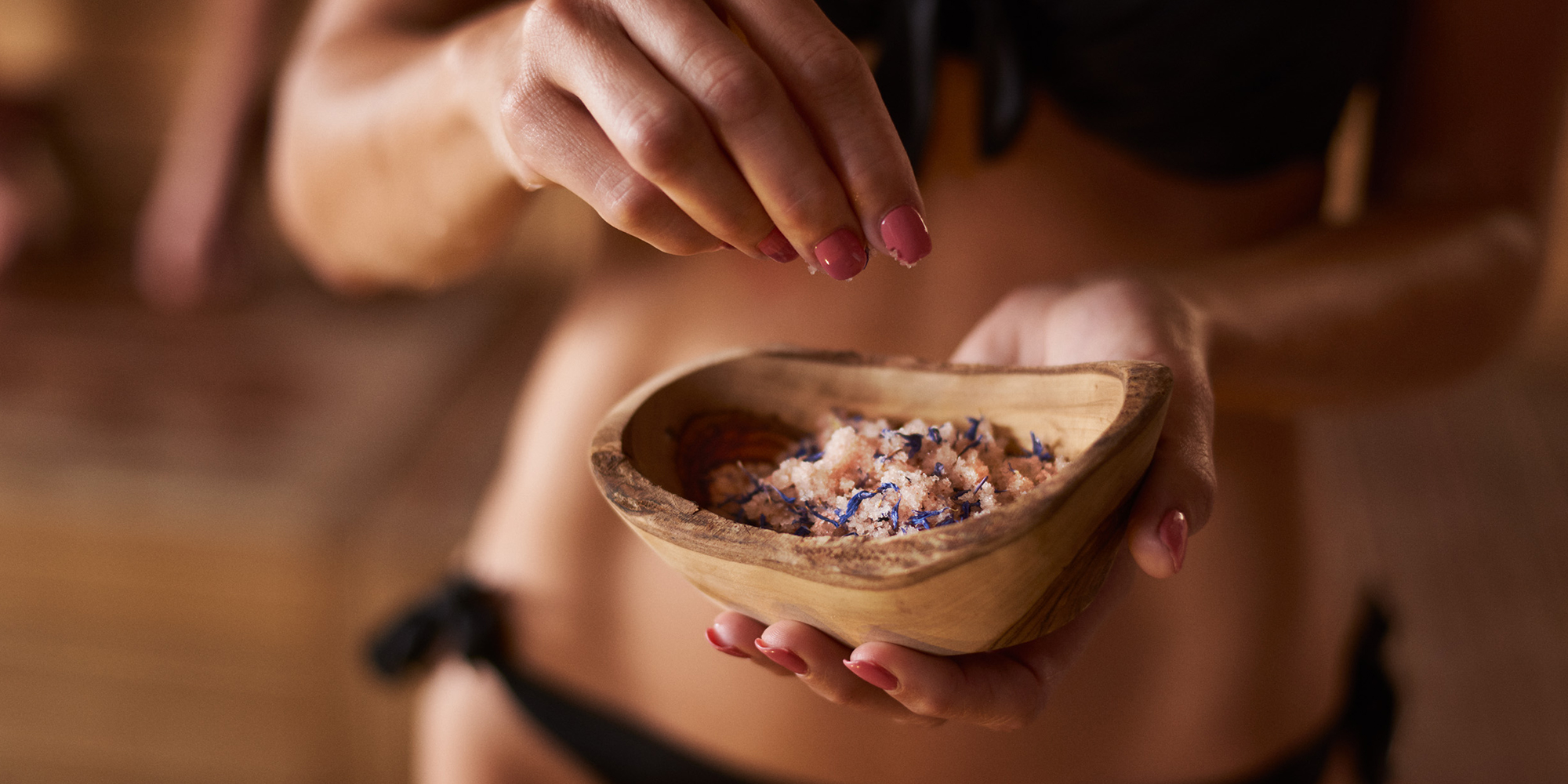 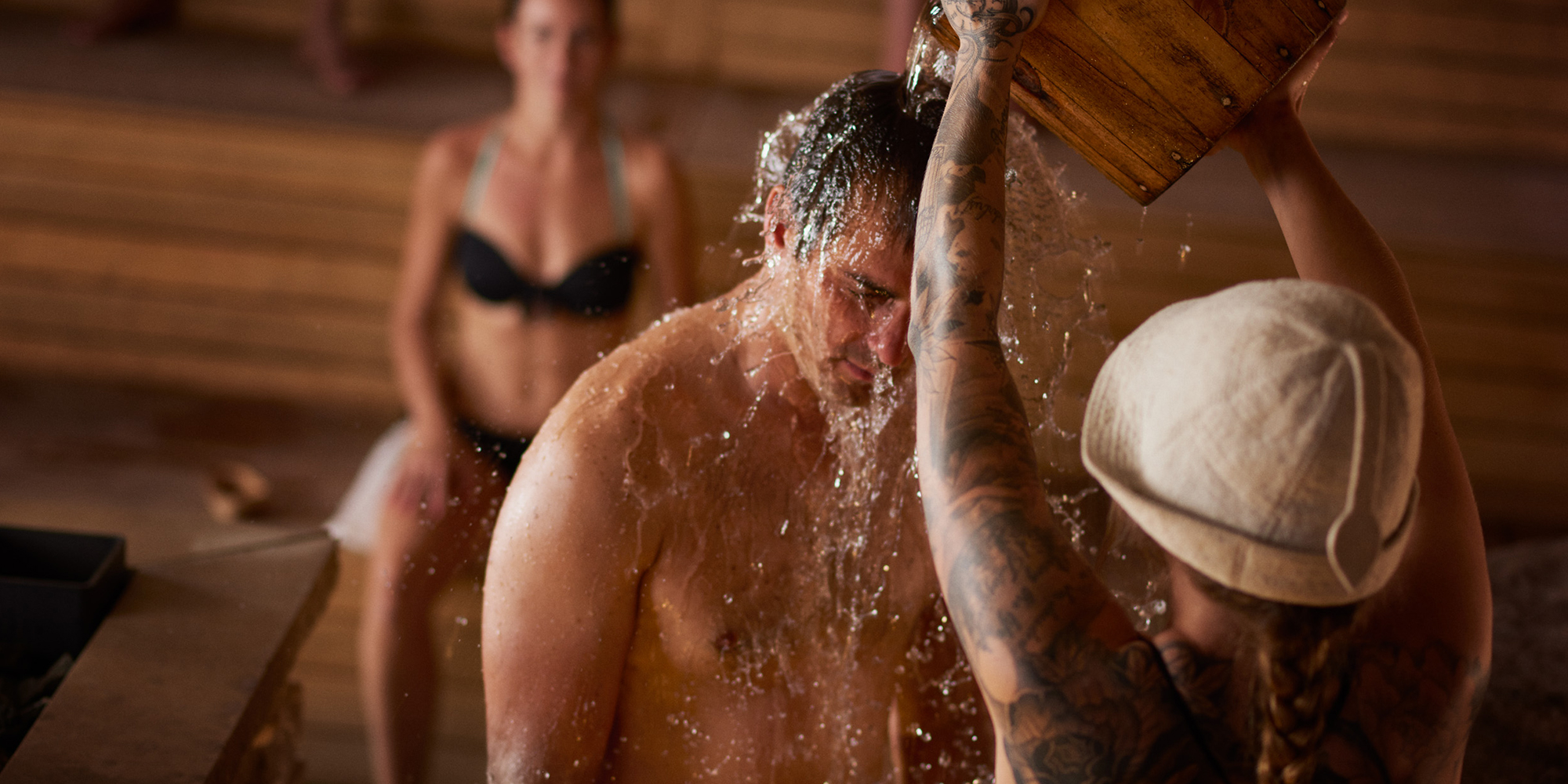 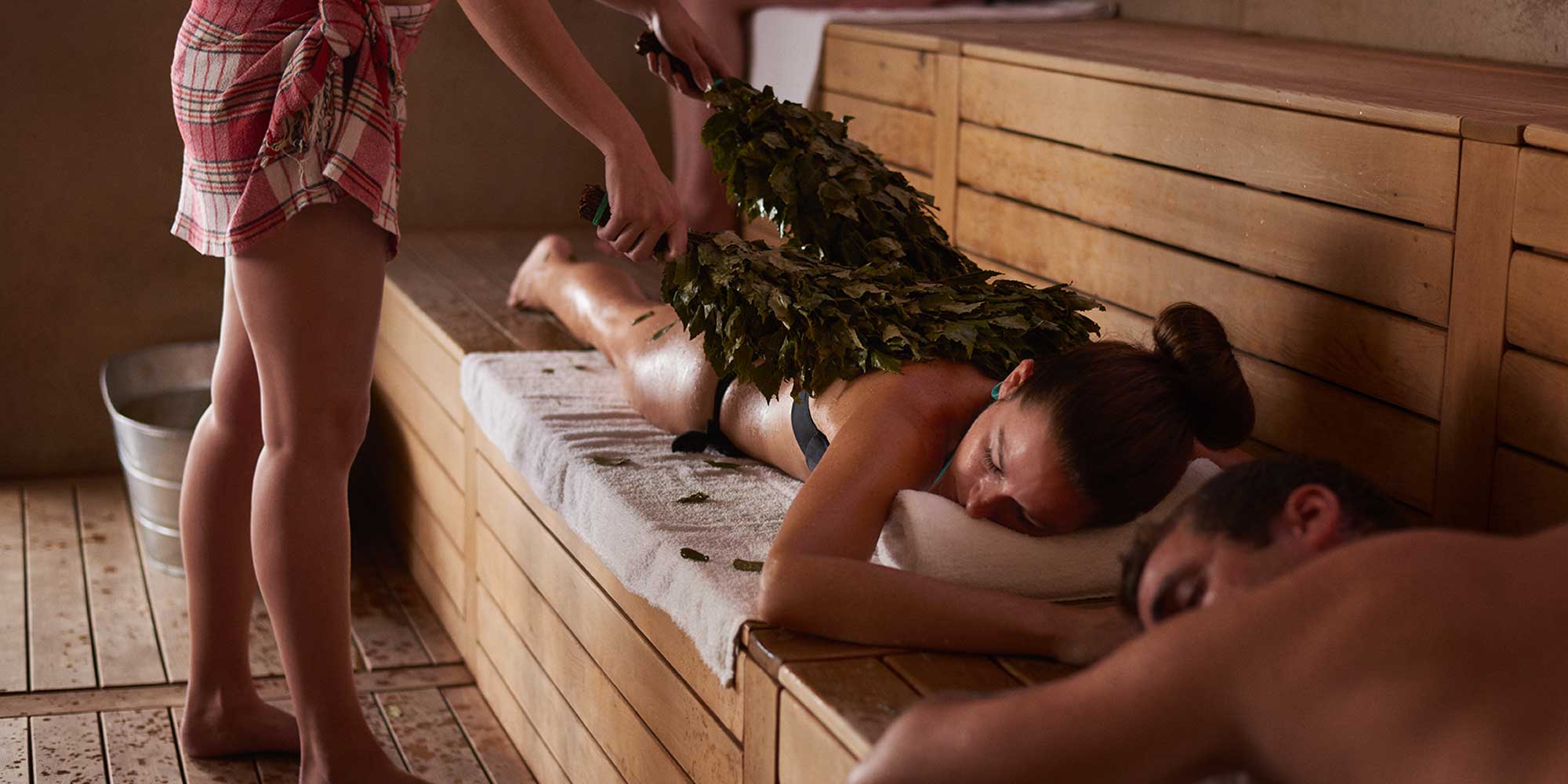 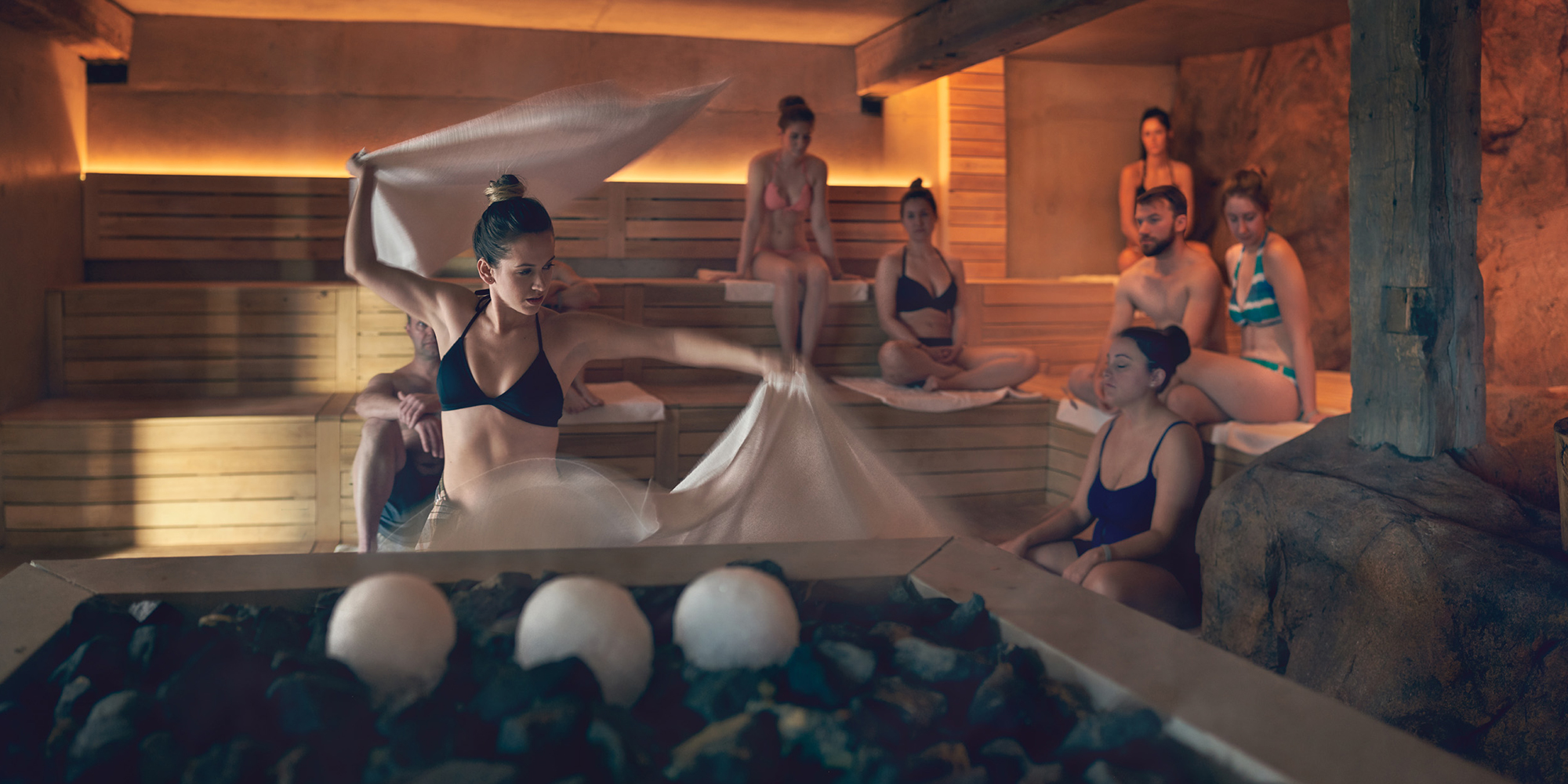 Do you know the benefits of the Banyä Treatment?

Each step, His benefit

The whipping ritual :
The word whipping can take people by surprise, but it’s accurate. This step involves striking participants gently, firmly, and deftly with birch veniks.

The whipping ritual has many benefits. In fact, the small droplets of essential oils it leaves on your body:

Birch venik :
A broom made from birch branches infused in hot water.

The benefits of birch essential oils:

Find out the origins of the Banyä

Culture and zen are closely linked in Russia. In fact, this country is the source of many traditional practices focused on wellness, and the Banyä is quasi-sacred among them. According to legend, the Banyä was developed in 1071 when a Russian witch gave men their soul after a steam bath.

In the ninth century, because there were no private bathrooms, Russians went to the public bath houses (Banyä) to wash and relax. Every village had its own Banyä. It has since attained cult status and is now a friendly place where Russians gather and hold business meetings. This ritual is gaining many followers in Europe and the United States.

Still unknown in the West, the Russian sauna is unique in that it draws from two major thermal traditions: the dry heat of the Nordic sauna (Finnish sauna) and the wet heat steam baths of the Mediterranean (hammam, Roman thermals).